Economic Development: Challenges and Opportunities for Youth in Timor-Leste 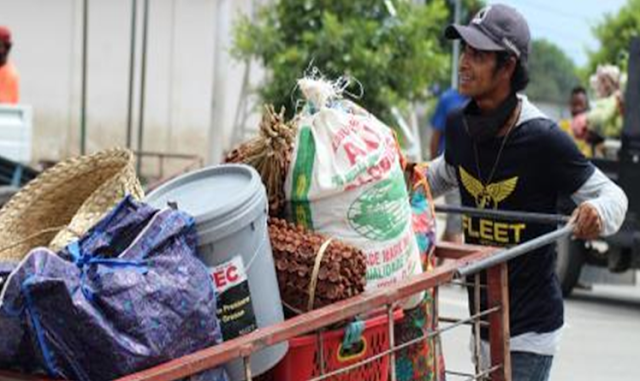 The development of the youth economy in Timor-Leste is unclear, and a feasibility study has not been carried out on how to create employment for young people. Although the state has a broad vision to establish mega-projects with high-cost national budget expenditures to create jobs, this plan was not realistic in providing benefit to youth. The state budget allocation without any plans to create jobs based on the National Strategic Development Plan (NSDP) has actually led to job losses.

The majority of Timorese youth do not have access to employment opportunities. For example, the national employment data in 2015 revealed that more than 20% of people aged 15 to 29 are economically disadvantaged and continue to be unemployed.

Youth participation in economic development continues to be hampered by a lack of knowledge and financial resources. The government appears to be failing in its role of ensuring the population's economic well-being. Indeed, the agricultural sector should contribute to the country's potential financial resources. Around 80% of the people live rely on agricultural production; however, there is limited investment in improving production and industrialization, and the majority of the youth only participate in subsistence agricultural output, not for industrial production that generates income.

Timor-Leste's constitution does, in fact, guarantee the economic rights of the youth. However, job opportunities for young people are almost non-existent. The YLDP observes that the state is still less concerned with the state's role in fulfilling citizens' rights.

Despite the limited opportunities to learn productive skills, many youth groups strive to effect economic change in society. For example, many young entrepreneurs are now striving with the commitment to be financially independent. Some succeed while others struggle as a result of being involved in the private sector.

The Institute for Business Development Support (IADE) aims to provide training to youth groups on business management and their development of their ideas. However, the main challenge is the market conditions to support the sale or distribution of their merchandise or products.

The Challenges of Economic Growth

There is no space for young people who are skilled and talented in the creation of high-quality art to promote their work. Instead, as has recently occurred with Arte Moris youth art groups in this country, the government seized their products and forced them to leave their location.

Street vendors, clothing, and vegetable sellers are often kicked out by the police because they are considered to pollute the environment. "Take away your things because you make this place dirty," says a police officer when evicting a vendor from a busy intersection in Dili, Timor-Leste.

Youth in Arte Moris are actively involved in the arts and cultural activities. They have already created a plethora of creative and innovative works. Art initiatives, education, and music have been consistently promoted among young people. However, the government forces them out and does not provide adequate conditions for their development.

Many young people in Dili want to participate directly in doing business in the market spaces, but they lack land and farms. Furthermore, because the majority of Dili's population is from the districts, it is difficult for them to find a place to sell their wares.

Another challenge of business insecurity stems from the government's lack of control over foreign investors such as those from China, Bangladesh and Indonesia.

The next challenge in a few years ahead is that Foreign businesses will dominate Timor-Leste, selling local products and traditional foods. Chinese businesses are one example, as they produce simple products, mainly made by the Timorese. Similarly, primary and basic products like oil, salt, candle, rice, and all the basic needs merchandise by the Chinese people.

However, The YLDP affirms that Timor-Leste needs to regulate and control market movements and products to guarantee the youth's participation in business and other economic activities. Foreign investors are supposed to invest in big industries but instead they serve small businesses like kiosks and other small scales.

The Impact of Lack of Job Creation on Youth

With a lack of job creation for young people, this country will suffer greatly in terms of human resource development. As a result, many young people have already left Timor-Leste to find work overseas in order to support their families.

The issue of unemployment has been a critical topic of public discourse, and it is regarded as one of the primary causes of conflict in Timor-Leste. This includes domestic violence between young couples (wives and husbands), and can lead to divorce due to financial problems.

A lack of financial security is not the only reason contributing to the various types of violence in social life. A lack of employment for young people can also contribute to frustration, anger, sadness, and ultimately physical violence, especially when they cannot control emotions arising from the social and economic pressure.

“Lack of job opportunities is a big problem, will arise various issues which we don’t expect, people will move around like crazy, and some can get psychologically pressured, so when there is no job, there is no future”.

Besides the conflict caused by the economic impact, other factors also contribute to business barriers in Timor-Leste, like psychological pressure among young people. This condition can even lead to violence and suicide. In 2020, for example, a young man suicide himself because of facing economic pressure from his family members.

The government of Timor-Leste should give more space to promote local production and invest in the innovative work of youth, especially promoting their products in the market. It is crucial for this young country that the government should start to design and implement a stable economic environment.

The government of Timor-Leste should give more space to promote local production and invest in the innovative work of youth, especially promoting their products in the market. It is crucial for this young country that the government should start to design and implement a stable economic environment.

Youth Leadership Development Program – Timor-Leste (YLDP-TL) is a youth led organisation that was established in Timor-Leste in 2017. The purpose of the organization is to motivate and encourage the Timorese young people by providing a positive learning space and offering leadership training, capacity-building, personal development, research, and debate. The aim is to transform the mindset of the youth into a transformative and constructive learning environment, as well as  to promote youth literacy in the country.

Popular posts from this blog

The Youth Bulge in Timor-Leste 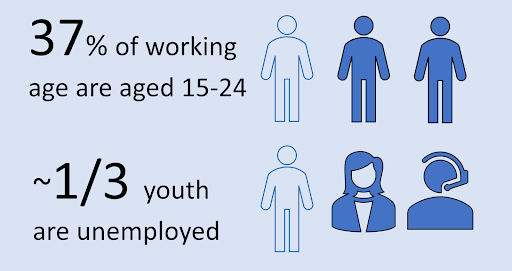 Some interesting facts to get your attention.  According to the most recent National Census data: ·         37% of the working-age population of Timor-Leste is aged between 15 & 24.  This percentage is among the highest in the world. ·         Every year around 30,000 young people complete their education, with most of these looking to enter the workforce in some form. ·         The vast majority of these young people do not end up in formal employment - some will become fulltime parents or carers, many will work in rural areas on the family land, others will find other forms of informal employment, and some will spend a long time looking for work with no success.  There is a big challenge of unemployment and underemployment amongst youth and young adults in Timor-Leste. ·         Our best estimate is that the unemployment rate among 15-24 years old looking for work is around 33% - one person in 3 in that age group cannot find work of any form.  Earlier in 2021, the Monas
Read more 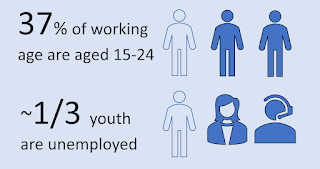 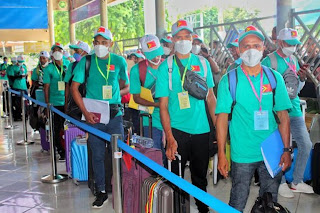